Take a moment to look at the impact Alzheimer’s is having on the workplace. Almost 1 in 5 caregivers went from full-time to part-time or cut back their hours. Over half of employed caregivers go into work late, leave early or take time off due to caregiving demands.

The productivity cost to employers is ramping up as the number of Americans are being affected by Alzheimer’s increases. It’s not just the individual with Alzheimer’s that’s impacted. It’s their team of caregivers as well. 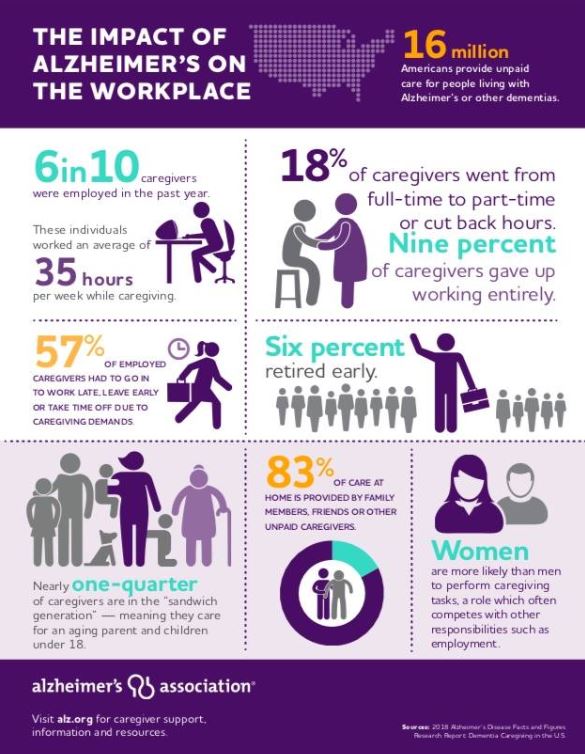